Fall Back For November Meal Planning

I can’t believe we are moving into our second week of November. Did you all remember to turn your clocks back? It’s been a wet and rainy weekend so far and I went into this month knowing we were going to be having a lot of cold weather meals made from the crock pot and stove top. So a lot of our meals this month will be cooked ahead of time and stored in the freezer or made on the same day. Here’s a look at some of my ideas for the week:

***Cinnamon Rolls, Pancakes and Breakfast Burritos are all made ahead of time and added to the freezer. I usually make 25 Oatmeal Packets and store some in the pantry and some in the freezer.

***Leftover Turkey and Cranberry Sandwiches (later in the month) 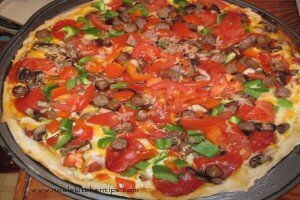 Freezer Cooking and Make Ahead Plan for Stocking The Pantry, Fridge:

So far, this is what I’ve come up with and will be adding more as I am able to:

Mother of 4 can be found blogging from her home office, while running her kitchen and meal planning business. While maintaining time with family and work, she created Noel's Kitchen Tips teaching families how to make budget friendly meal and recipes with high quality kitchen tools. She's blessed to have the opportunity to be able to teach busy moms and families how to use food and cooking as a means of bringing family meal times back to the table.
« Previous Next »

I'm Noel Chapman, recipe developer, food writer and Mom. My kitchen is the heart of my home. Strange as it seems, cooking is relaxing to me. I enjoy getting lost in my kitchen and fixing a homecooked meal for my family or friends. I love the smell, the taste, the different textures. I truly love using my imagination in finding new ways to cook. I enjoy sitting at the table and being with my family. I'm sharing some of my family's favorite recipes, kitchen tips, meal planning strategies along with weekly menus with busy families like you. Welcome to my kitchen!

My Recipes Featured & Published In……

Join Me In Bringing Family Mealtimes Back To The Table….